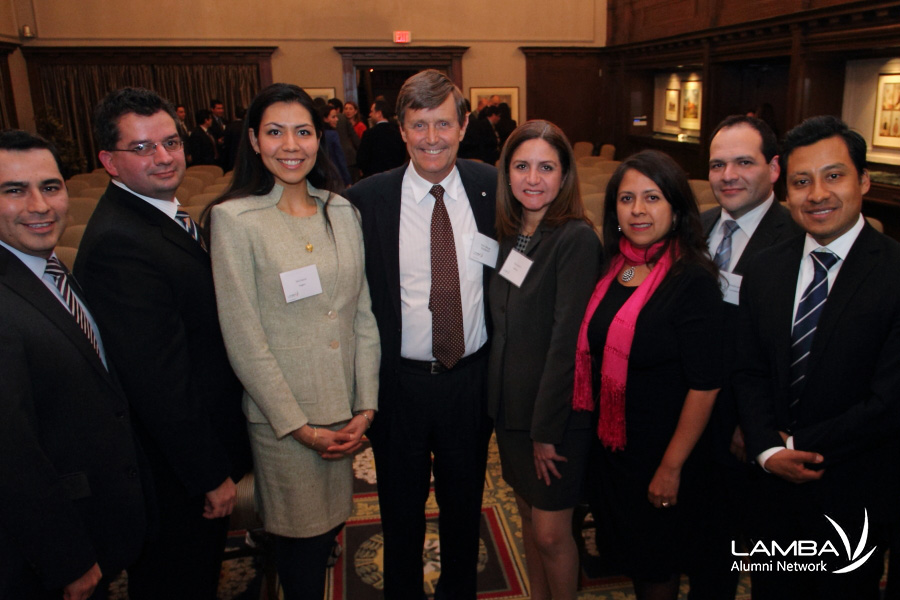 The Latin American MBA Alumni Network (LAMBA) celebrated its third anniversary with a special event at the National Club in downtown Toronto. The evening featured a stellar guest: Mr. Rick Waugh, former President and CEO & Deputy Chairman of Scotiabank, who delighted attendees with an insightful conversation led by renowned journalist Marina Jimenez, current President of the Canadian Council for the Americas.

Mr. Rick Waugh shared his beginnings on his successful banking career, highlighting his deep interest in the international markets. He pointed out that one of the biggest challenges of working in the emerging markets is the diversity; however, he stated, diversity can become an advantage when working with collaboration and communication.

Mendez closed the floor by stating that LAMBA will donate 10% of the funds collected during this event to the MS Society on behalf of Mr. Waugh.

LAMBA will continue to organize professional high-caliber events as well as other career and networking activities for LAMBA members while continuing to strengthen its ties with the Canadian business sector.

We look forward to seeing you at our next event!